Slow Travel is the Best Travel

Bhutanese cuisine has always been full of flavour and spice, it's just that travellers rarely get a taste of the real thing. We're changing all that!

Bhutanese cuisine has always been full of flavour and spice, it's just that travellers rarely get a taste of the real thing. We're changing all that! 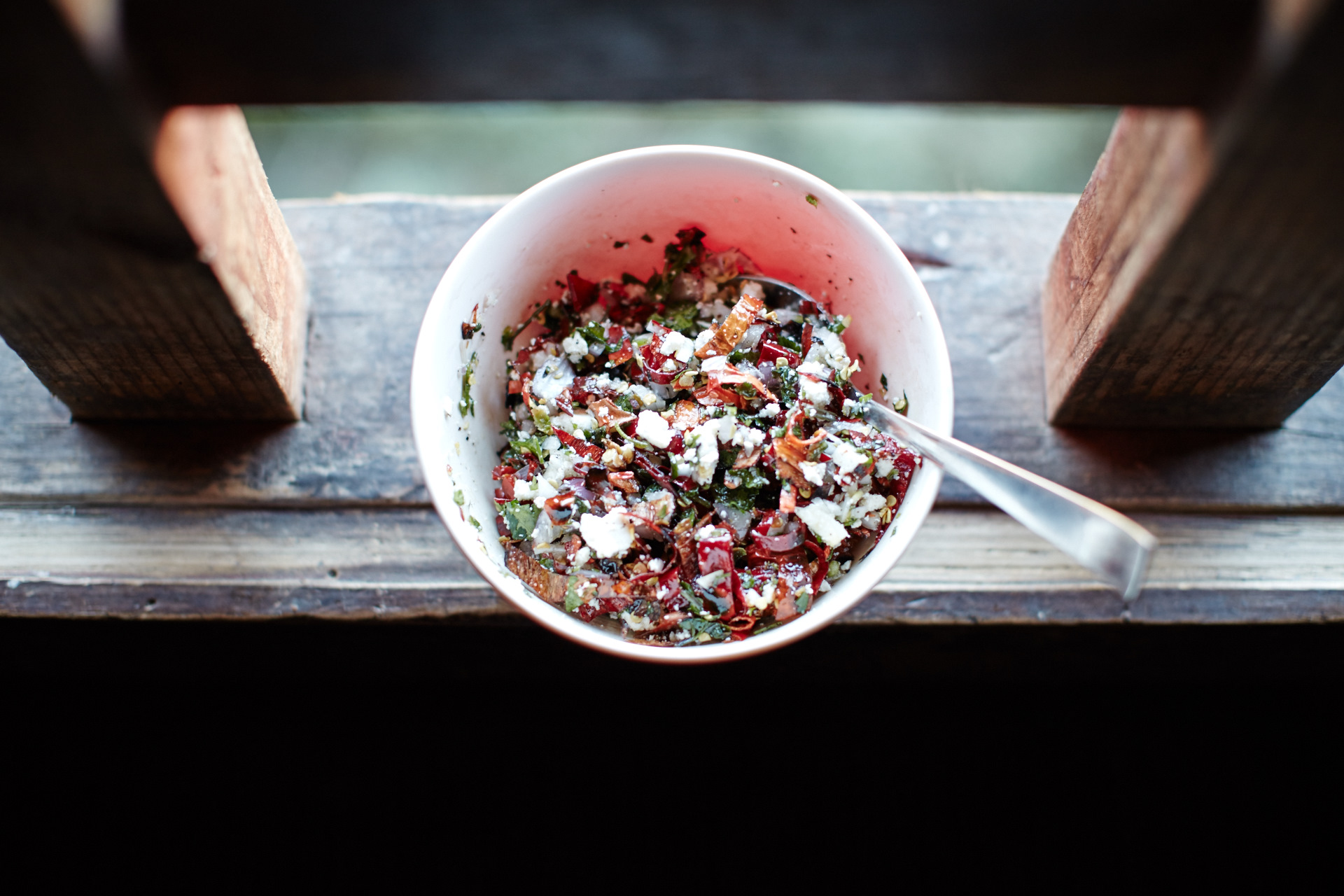 Bhutan’s culinary reputation amongst travellers has long fallen short of the majestic Himalayan scenery, mainly because of a misplaced concern to protect travellers from the heat of local chillies. For too long the standard menus offered to tourists were an experiment in blandness. It turns out, however, what the Bhutanese do best is Bhutanese cuisine.

Luckily, there’s nothing ‘standard’ about our approach to travel in Bhutan. We make sure our guests get the a chance to dive into the very best Bhutan has to offer. Sometimes that means a quiet chat with the hotel chef, and other times that means popping down the road to sample the best curry in town. Traditional food in Bhutan is absolutely worth the effort.

The streets of downtown Paro are a blend of small grocery stores and glittering souvenir shops. On the edge of town the taxi drivers gather on their downtime, and here is where you find the best momos in Bhutan. Sushila’s is to Bhutanese fast food what Tigers Nest is to Himalayan temples, only much easier to reach. Momo menus typically have a few extra choices such as chicken curry or fried rice but Sushila’s menu fills the entire window.

One of her best offerings is Bathu, a traditional buttery soup thickened with droplets of hand pinched pasta and flavoured with yak jerky and flower pepper. The local word for the pepper is Tingay, which sounds a bit like they way it tastes as your lips tingle and go a bit numb.

The wooden bench seats are about the right height for a ten year old yet entire families pack themselves in, wall to wall. The momos come with a bowl of broth and as much spicy chilli as a human can tolerate. The tangy bite of Bhutanese chilli hits the taste buds a little differently to their Asian cousins. Adapting to Thai chilli won’t necessarily offer any tolerance to the Bhutanese varieties. Chilli sauce for momos is a blend of chilli powder, vegetable oil and sometimes cheese to smooth out the heat. It’s the chilli flavour that wins out in the end, helping to cut through the fatty beef and onions inside each dumpling.

Paro and Thimphu are the business end of Bhutan, closest to the airport and the road to India. Heading on hour east from Thimphu takes you deeper into Bhutan and through the high-pass of Dochu La. On a clear day views to snow-capped peaks in Bhutan and Tibet can be enjoyed, before heading back down to chunkier air and the valley of Punakha. The route to Punakha Dzong goes through the town of Khuruthang which has two main features of interest. The Saturday farmers market and chicken curry at Ravens Restaurant.

The chicken curry at Ravens embraces the Nepalese influences from the south of the country under the skilled hands of cook Bhim Maya Rai. Hers is a fresh style of curry rather than creamy or heavy. Ginger, onion and coriander stems elevate the curry base and the chicken is slow-cooked until the spices are cooked through, then finished with fresh coriander leaves. Bhim presents the curry with lentil soup, white rice and side serves of braised vegetables.

Not far from Punakha Dzong, the Khuruthang Market is open every Saturday and brings together a wide range of ethnic groups from lower elevations in the south of the country, and from higher elevations to the north. Tropical fruits such as pineapple and bananas can be found even in winter, alongside the ubiquitous veggies such as eggplant, bitter gourd and tubers.

Yak herders come down from the mountains to sell their alpine fungi, yak cheese and sometimes the yak meat as well. In theory yaks are never purposely killed for their meat. Bhutanese people are very reluctant to take the life of a living animal. Fresh yak meat is exceedingly rare in Bhutan. Most of the consumption comes from sun-dried strips that can be stored dry for up to a year before being revived in a stew. Yaks, however, have a remarkable tendency to fall off the edge of a mountain in the lead up major festivals and weddings.

Yak meat is considered by Bhutanese to be something of a super food because the animals spend their lives grazing on alpine meadows where medicinal herbs abound, and the meat is said to express those same properties.

Yak butter and cheese are still popular in the Bhutanese diet but over the last decades dairy cows have become far more common in villages. Cows are more docile and tolerate lower altitudes better than a yak, and the milk is fatty enough to make curds for cooking up with chilli. Chilli-Cheese (Ema Datshi) is the national dish and is mandatory with every meal. Whole dried chillies are cooked up in water and cheese curd to make a spicy mix that adds flavour to any dish. They eat a lot of rice in Bhutan, but only when there’s a generous accompaniment of chilli-cheese to make it delicious.

Also sold at the market are parcels of homemade yeast wrapped in fern leaves, which are used when fermenting rice and grains to make local brews of bangchang. It’s a little bit rice wine and a little bit beer and little bit rough around the edges. It turns up a lot at festivals and the monks will never say no to a drink.

Driving from Punakha to Phobjikha Valley takes about 4 hours as you watch the terrain transform from broad-leaf forests to mountains covered with Rhododendrons. At the right time of year the slopes are massed in hues of red, pink and white. Where the big trees start to thin out is where the air gets thin and the alpine flowers flourish. The high-pass of Yotong La is just over 10,000ft in elevation, from where the road dips down into Phobjikha Valley and into the village of Gangtey.

We often see yaks here, brought down to the lower climes during winter where grass is more abundant than snow. In winter the light cuts across the valley very early, catching the haze in the air and casting long shadows against the conifers. It’s the Himalayas writ large.

The people of Gangtey are farmers. Potatoes, mustard leaves and turnips are the big ticket crops. Trucks carry loads of spuds all the way from Gangtey to India, where they get turned into packets of chips and sent back again. Not all the potatoes, but enough to keep the kids smiling. Each year we come back with a bunch of photos for the kids, photos we took on the previous trip. It turns out a printed photo is kind of a big deal for mid-altitude potato farmers.

Some of our trips keep heading East from Gangtey, through the ancient capital of Trongsa and deep into the district of Bumthang. Buckwheat is the main crop here, not rice. Everything is buckwheat. If there’s time in the itinerary we visit a local farming family for lunch, half of which is chilli and the other half is buckwheat. Our guides tell us stories about eating buckwheat pancakes for breakfast and buckwheat noodles for lunch, and buckwheat leftovers for dinner. I can’t say I love buckwheat enough to want to have it three times a day, but the experience in a Bhutanese farmhouse watching our host prepare handmade noodles is really special. It’s one of the things I’m always glad we slow down and make time for.

One of the most wonderful quirks in Bhutan can be found in Bumthang. A Swiss gentlemen named Fritz Maurer came to visit many decades ago, and then stayed to build a life. He showed the Bhutanese how to make cheese, how to make beer, how to grow apples, and many other wonderful things. His children now run a guesthouse in Bumthang, among other interests, and continue in the tradition of preparing delicious treats. If you’re a fan of beer then you’ll be a fan of Fritz. His label is called “Red Panda”, named after the cute little pandas that inhabit lower altitudes to the south.

To many people the culinary experience in Bhutan is not really what you’d call “gourmet”. It’s a traditional culinary landscape rather than leading-edge. There are a few five-star hotels with excellent chefs, but they have a tendency to fall into the trap of toning down the Bhutanese flavours in deference to western influences. That’s not always a winning recipe. In my experience the best dining experiences are the local ones; The markets, the momo stalls, the noodle shops, the taxi stops and the pack up picnics. There’s so much to love about Bhutan, the food included.

Ema Datshi – The national dish of large chillies cooked in a creamy cheese sauce, served with every meal to add heat and flavour.

Aezey – Fresh a dried chilli, coriander and red onion mixed into a salsa. Every kitchen makes this to their own recipe.

Dollay – Very small round chillies that even Bhutanese people say gets too hot.

Bathu – Creamy soup enriched with wheat pasta and dried buffalo or yak meat with strong aromatic tones from flower-pepper. Bhutanese version of the Tibetan “Thukpa” only much tastier.

Chugo – Rock hard yak cheese that will break your teeth if you’re not careful.

Momos – Himalayan style dumplings filled with either cheese and onion or minced buffalo meat, wrapped in pastry then steamed.

HOW SLOW IS SLOW ENOUGH?

The problem with most tours these days is that everything happens too fast. Slow Travel is the antidote to those holidays that leave you needing a holiday. 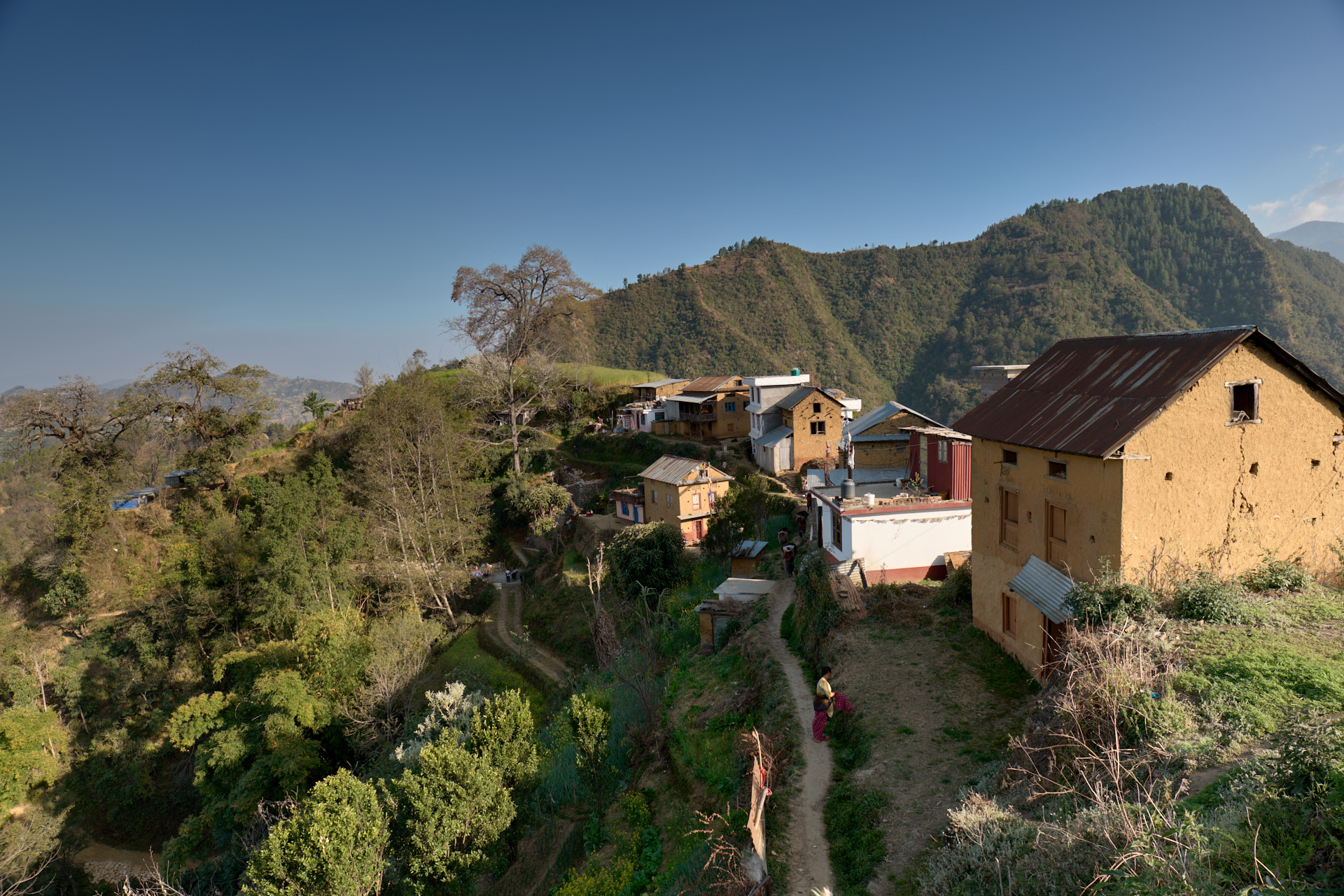 Every year with every tour we find ways to make things better. Research trips are a key part of how we operate, and how we continue to do our best for you. 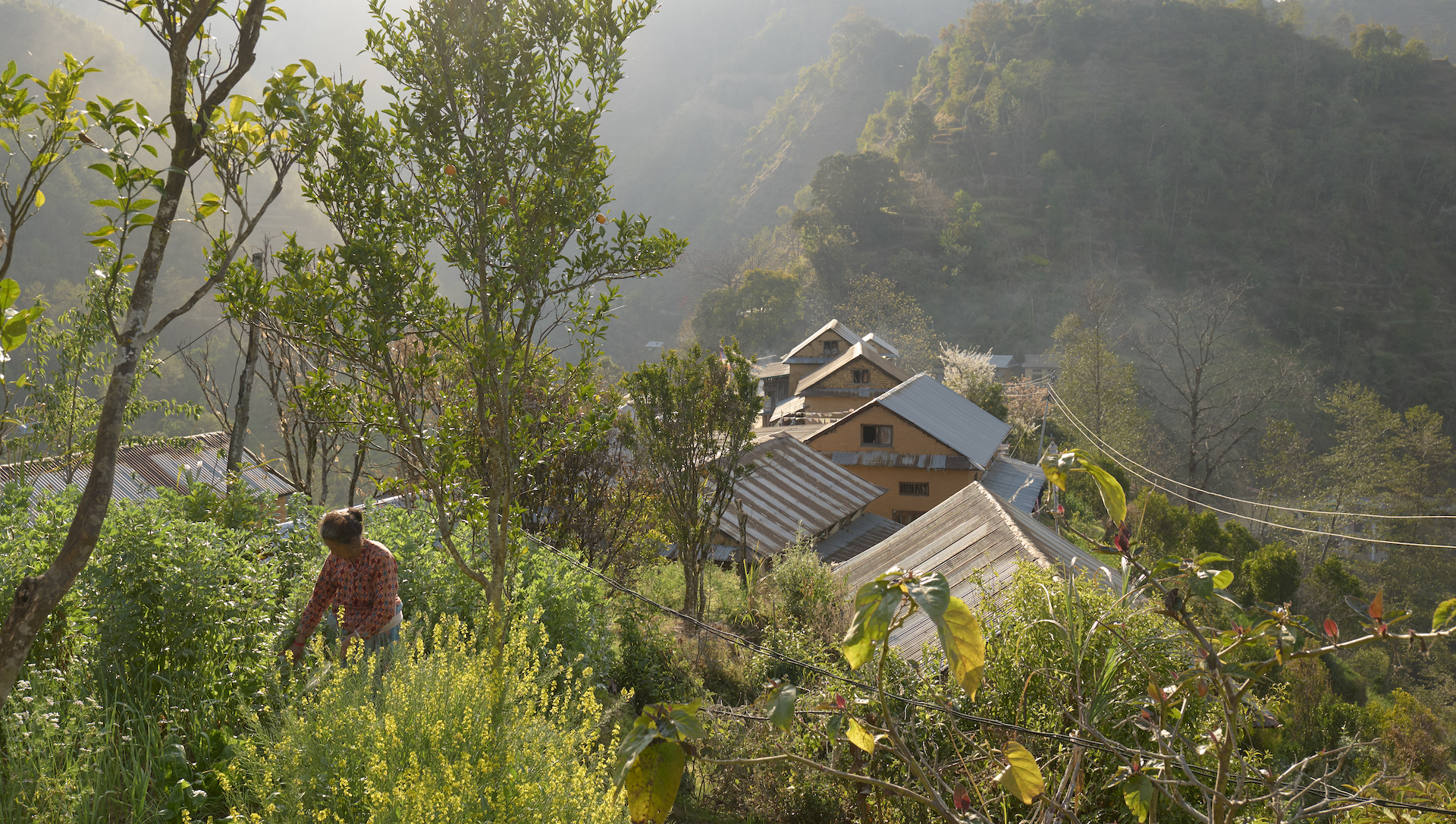 TOP OF THE WORLD

We're back from Nepal and still buzzing from the trip. One particular moment from this journey felt exactly like we were on top of the world. 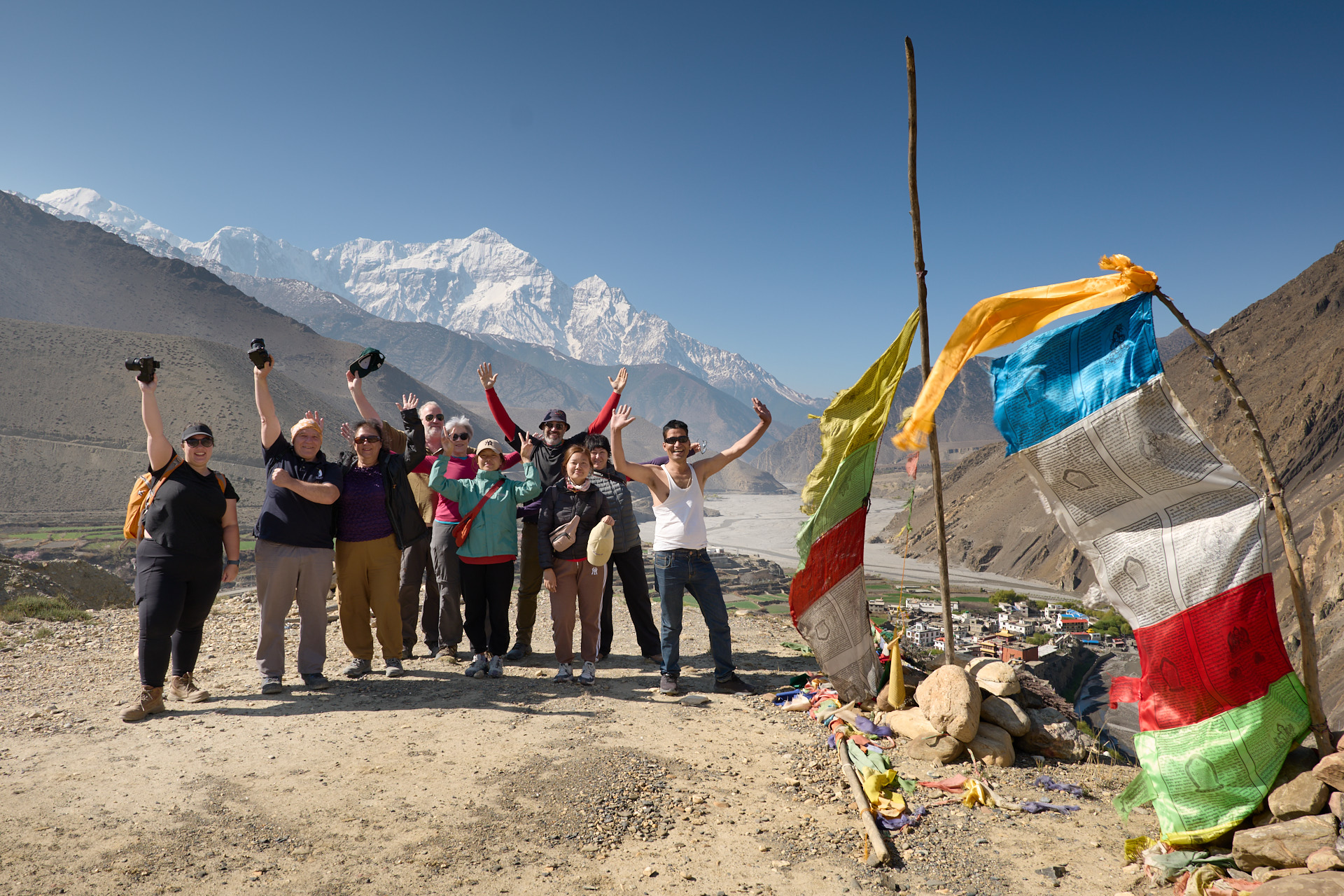 SPRING TIME IN THE VALLEY

A great time of year to be exploring the forests of Kathmandu Valley, and soaking up the flora. 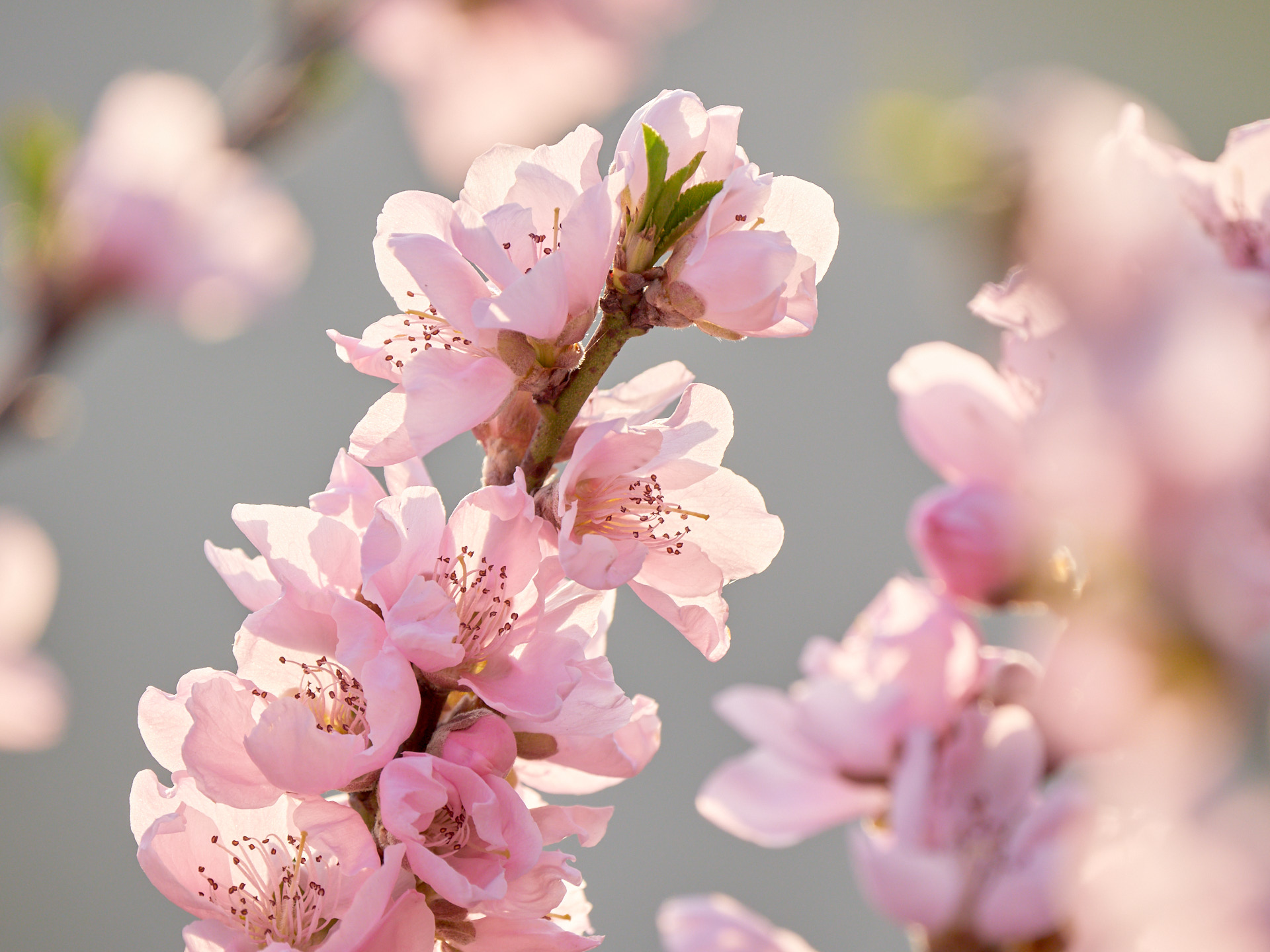 Take a moment to pause before taking the next few steps. 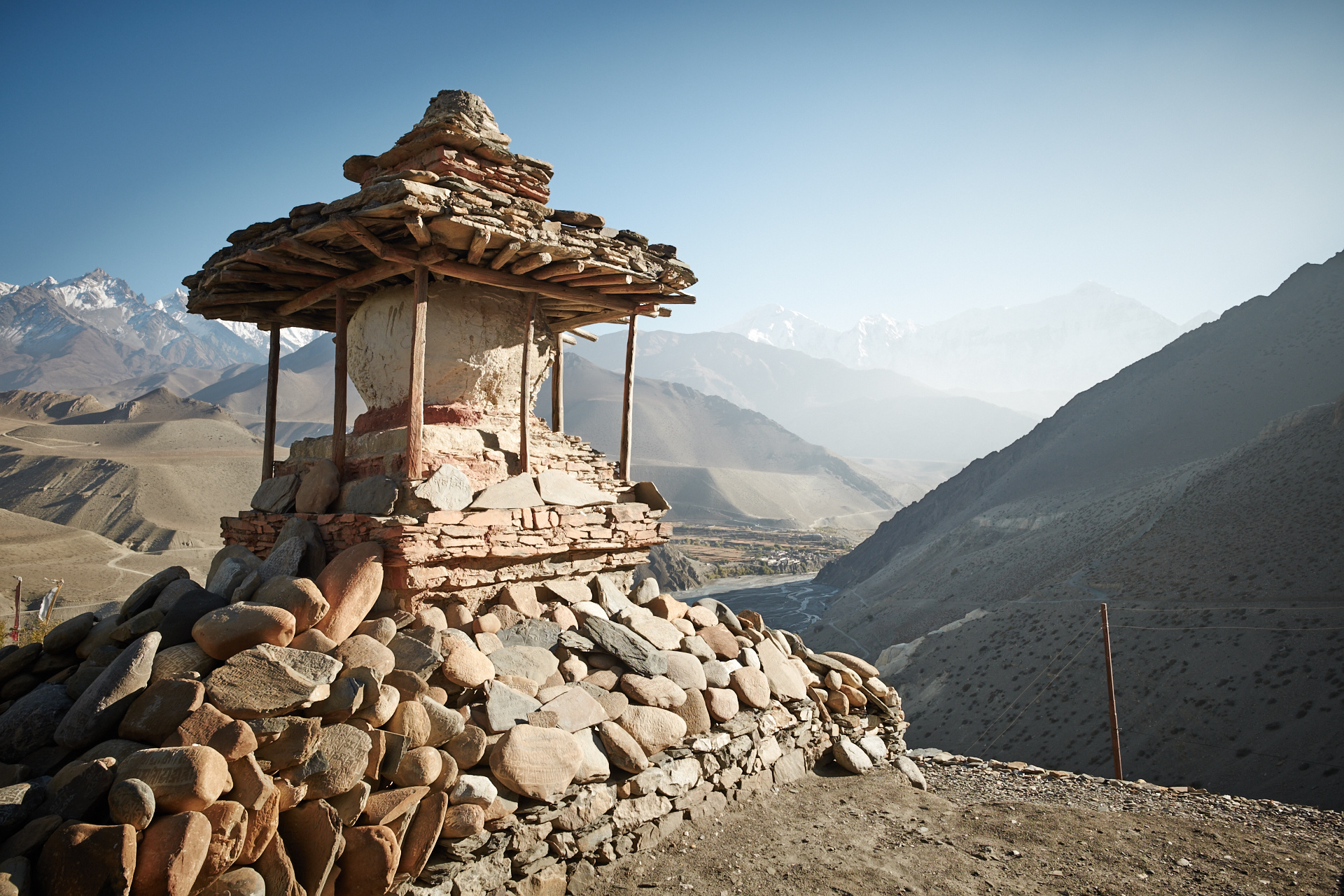 We're looking for a handful of people to come and join us in Nepal, on March 17, to enjoy a slow-travel journey in Kathmandu Valley and the Annapurna Ranges. 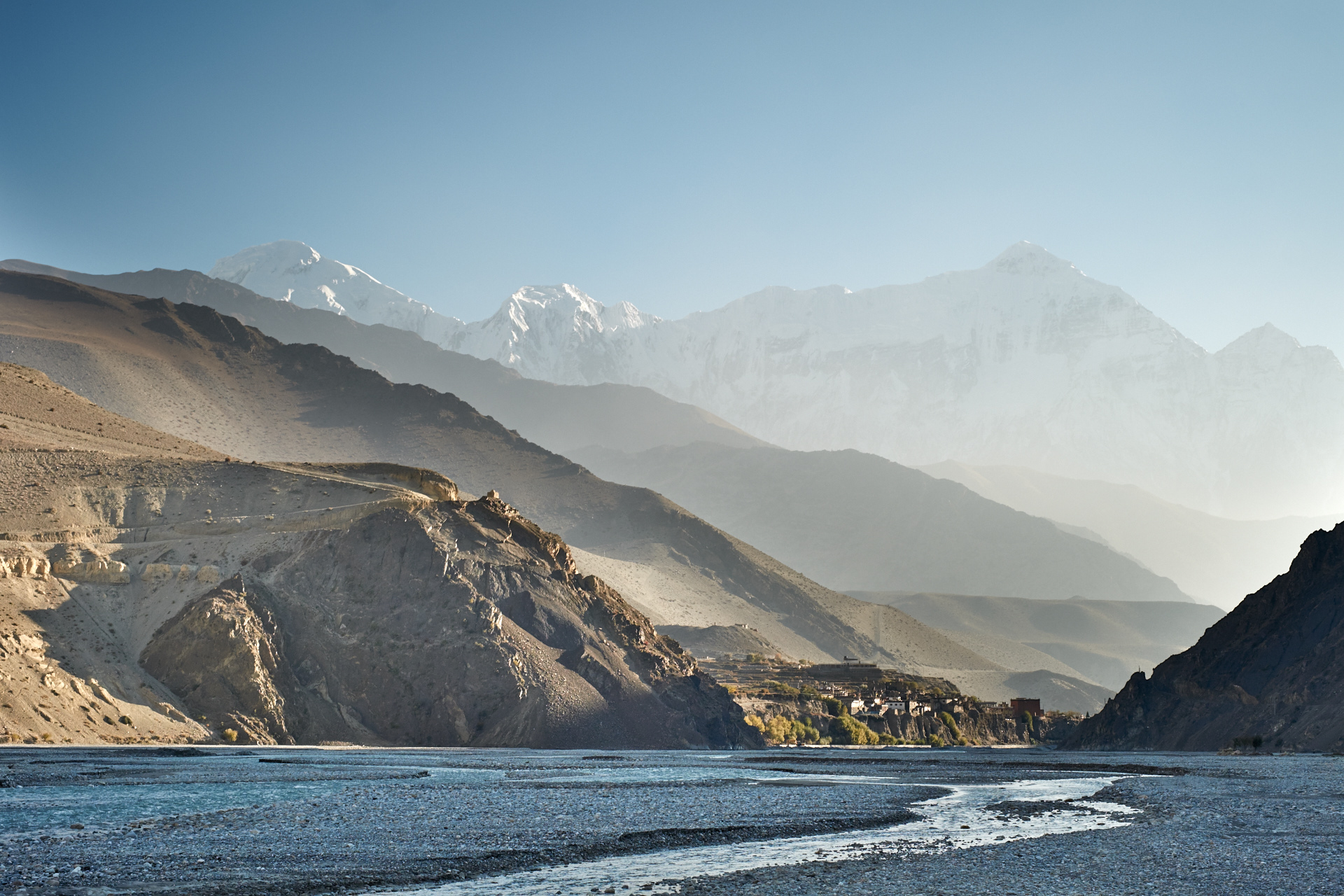 As we look to the future of travel in Bhutan and the changes ahead for us we are reminded of how treasured it is to share a gift. 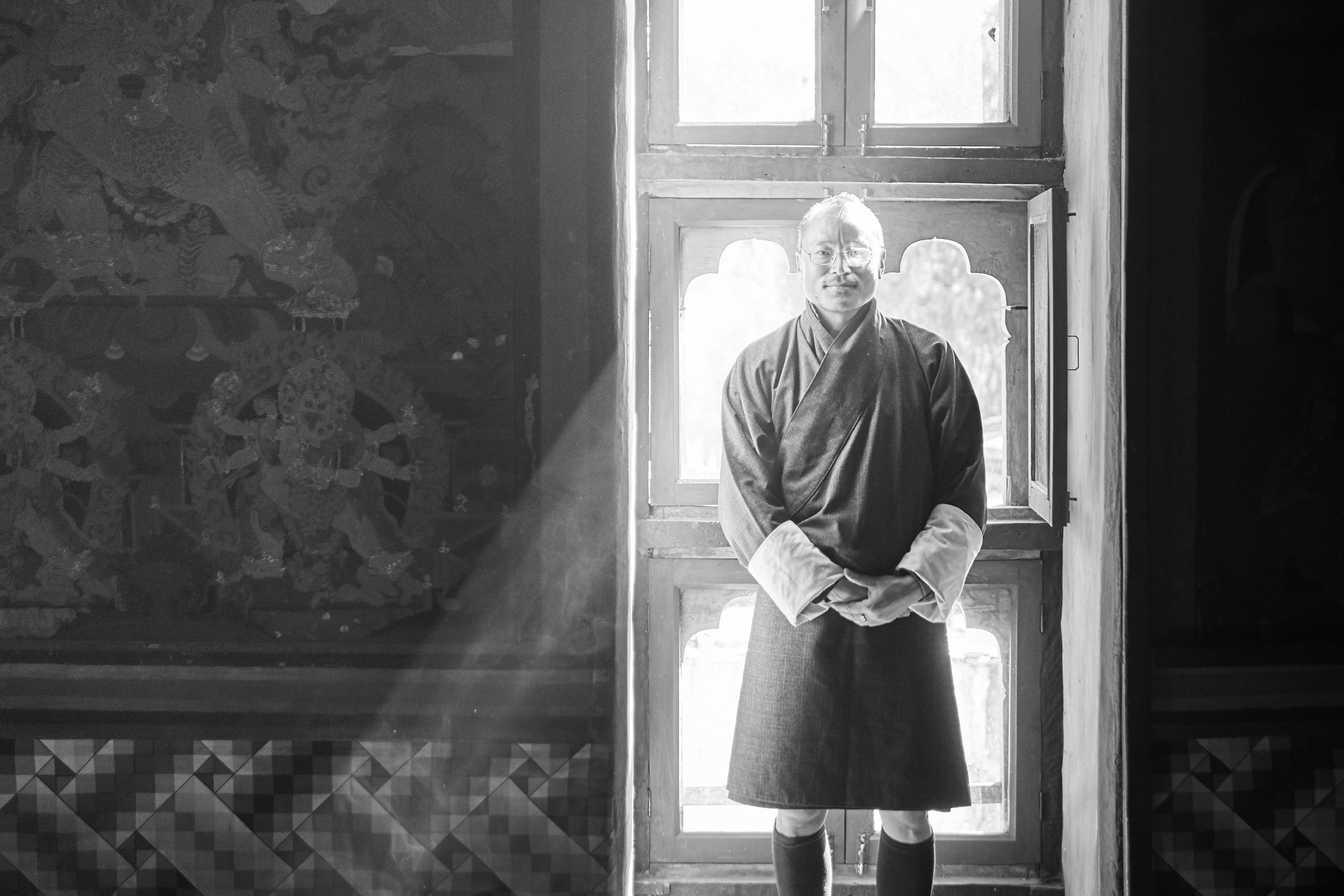 You don't have to tackle Everest just to enjoy Nepal, in fact for most of us it's better if you don't. Gentle walks and stunning mountain peaks are just some of the charms in the Annapurnas. 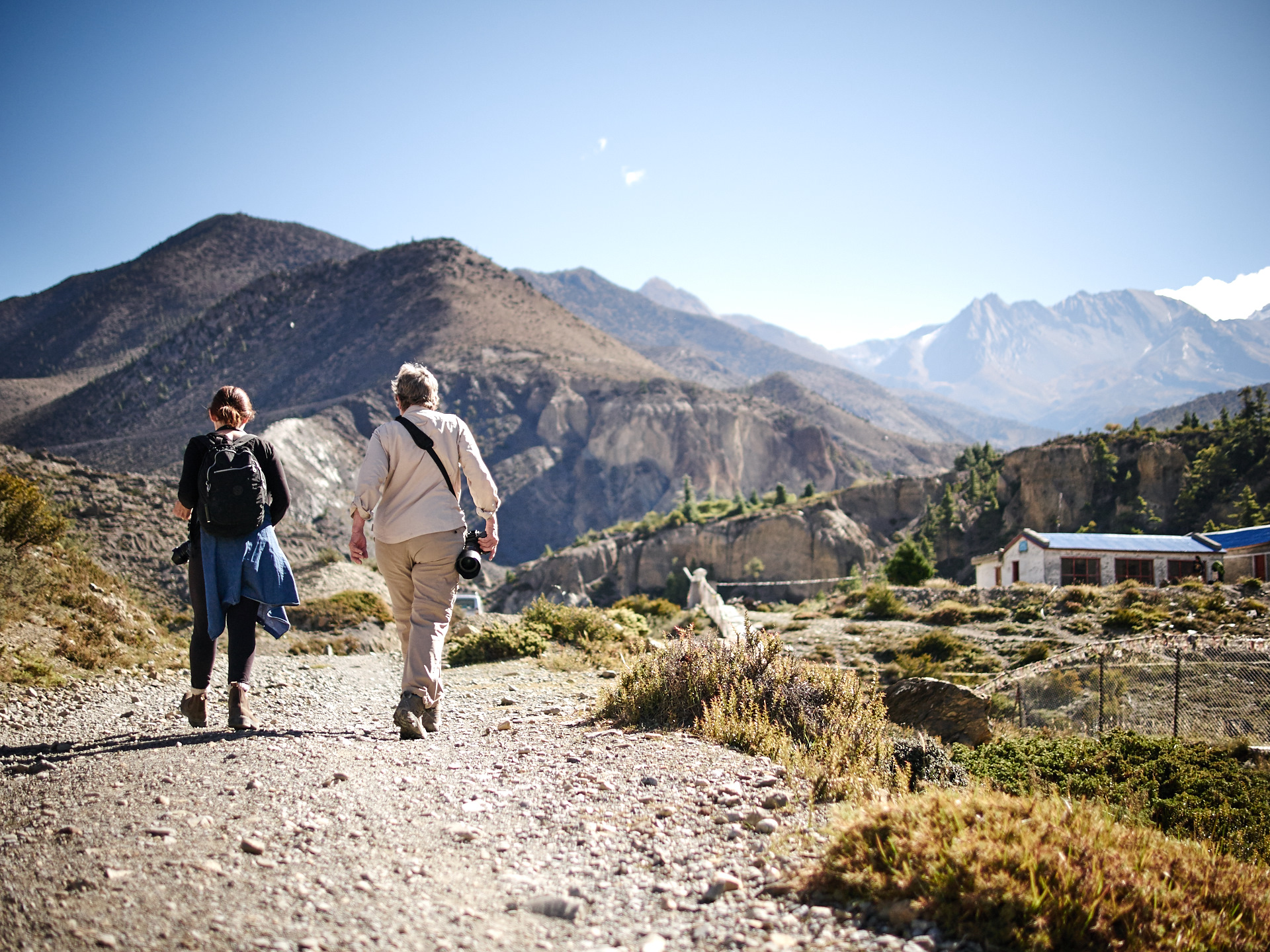